Note on launching GAMA on a Mac OS X​

On Mac OS X, there is a verification that is done by the system to check if the application comes from a trusted (by Apple) provider or if it has been downloaded from Internet. You will thus have to confirm you want to open GAMA, as follows: 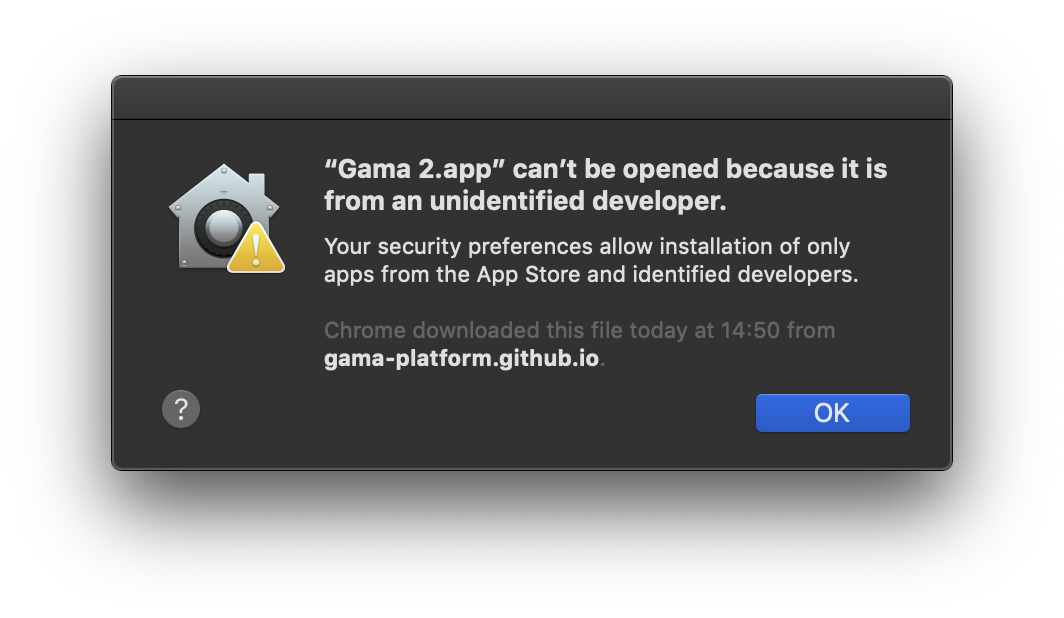 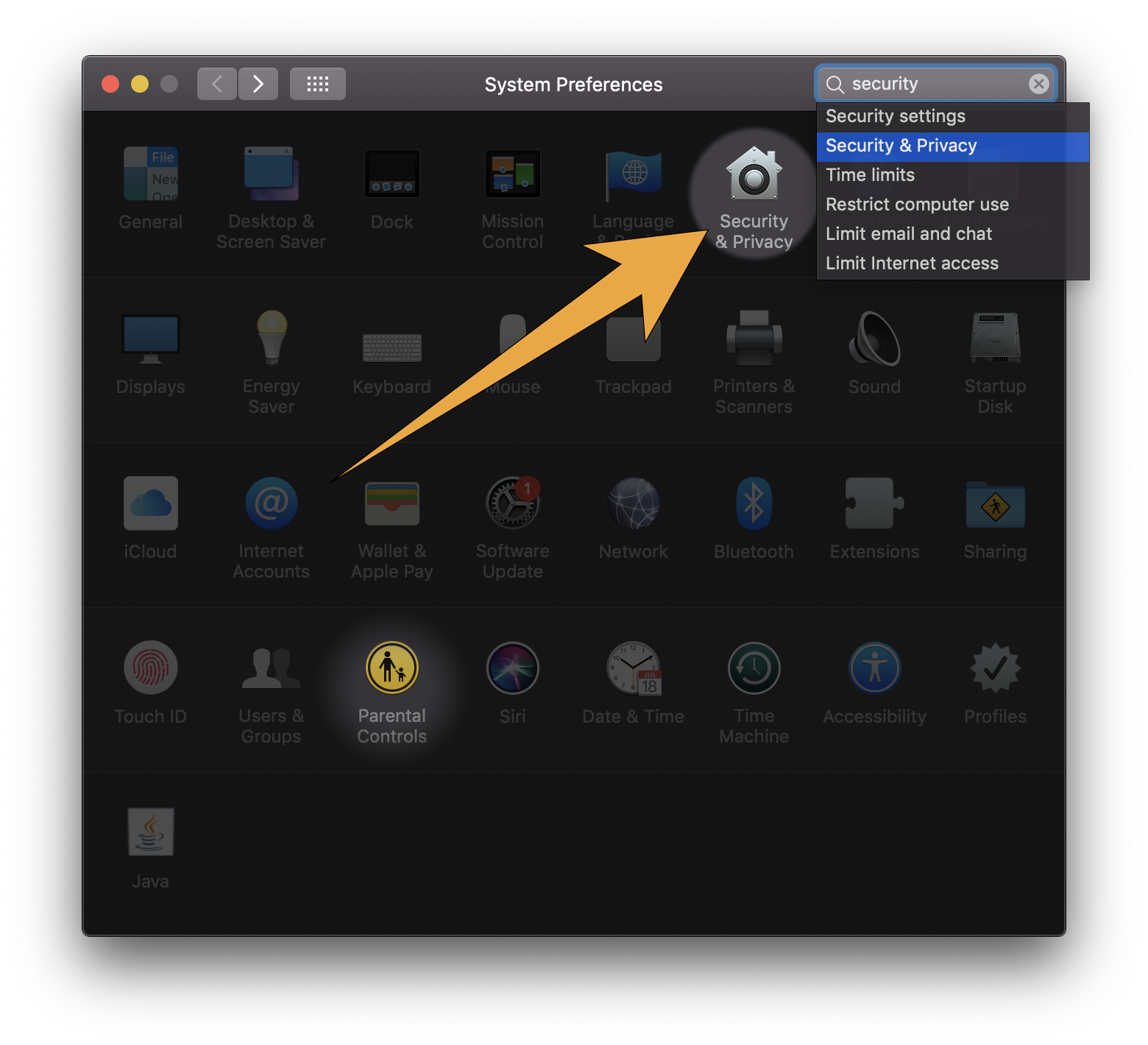 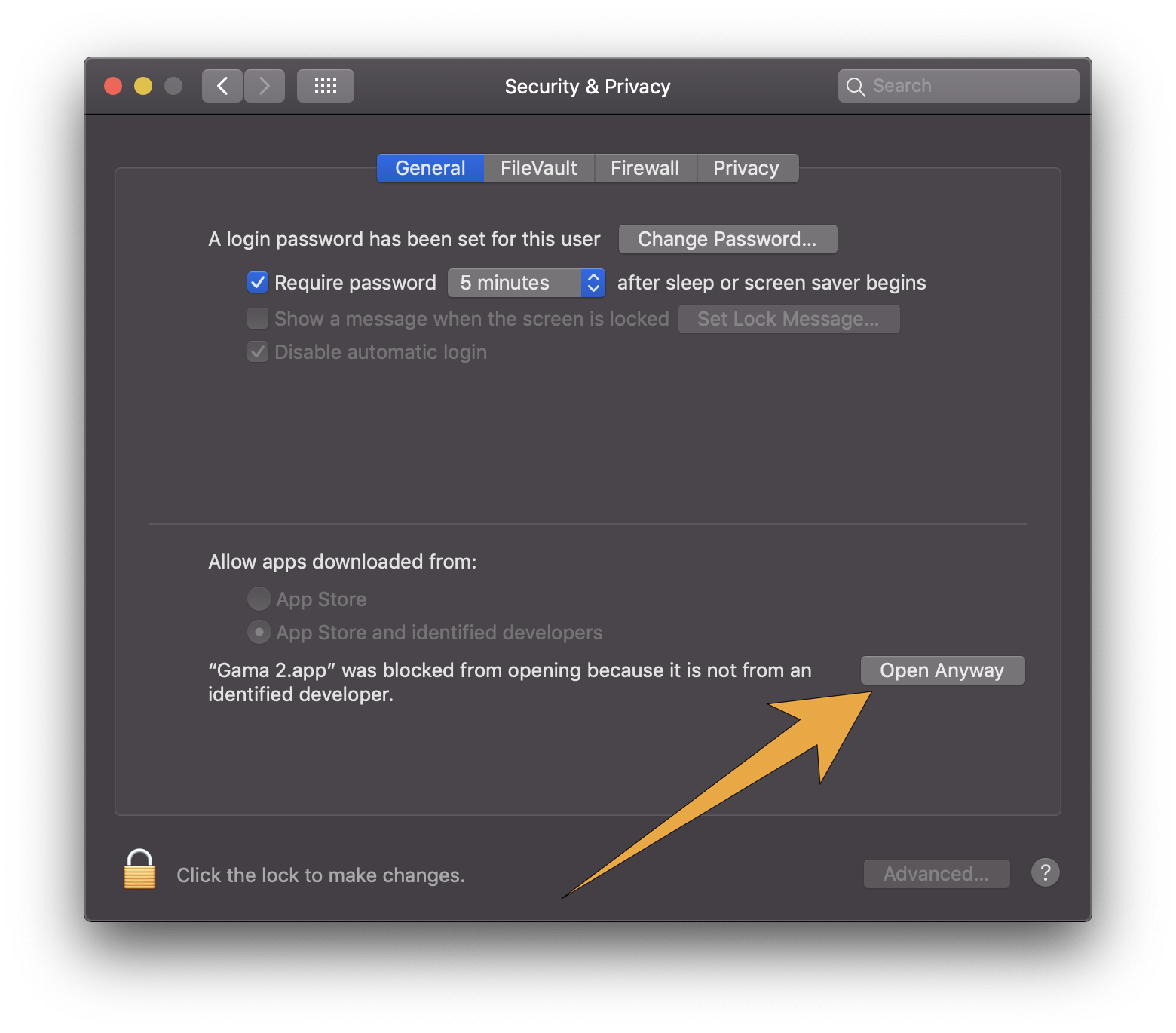 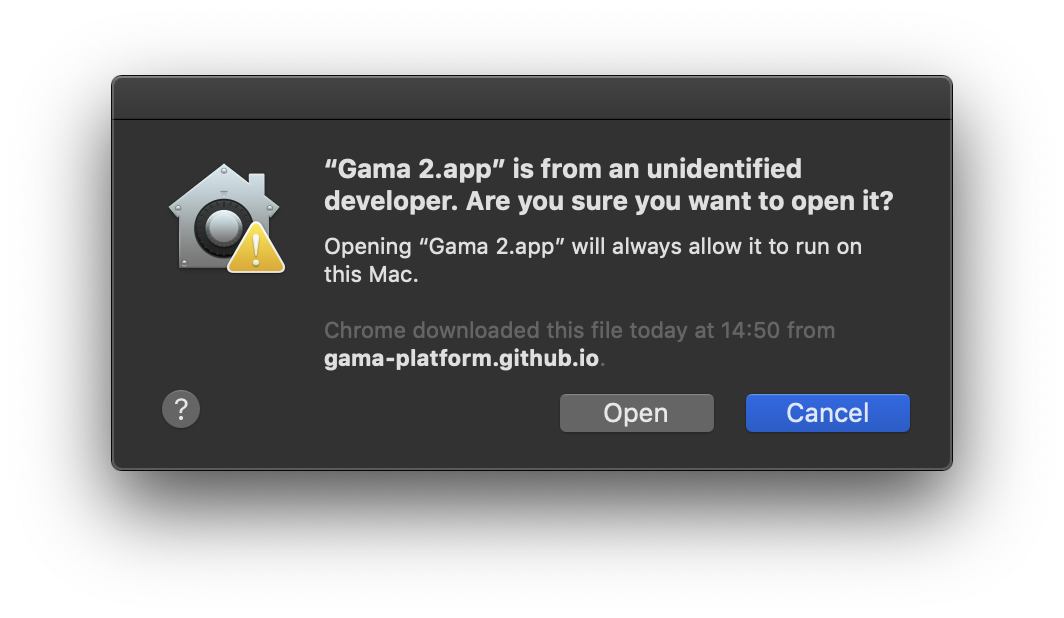 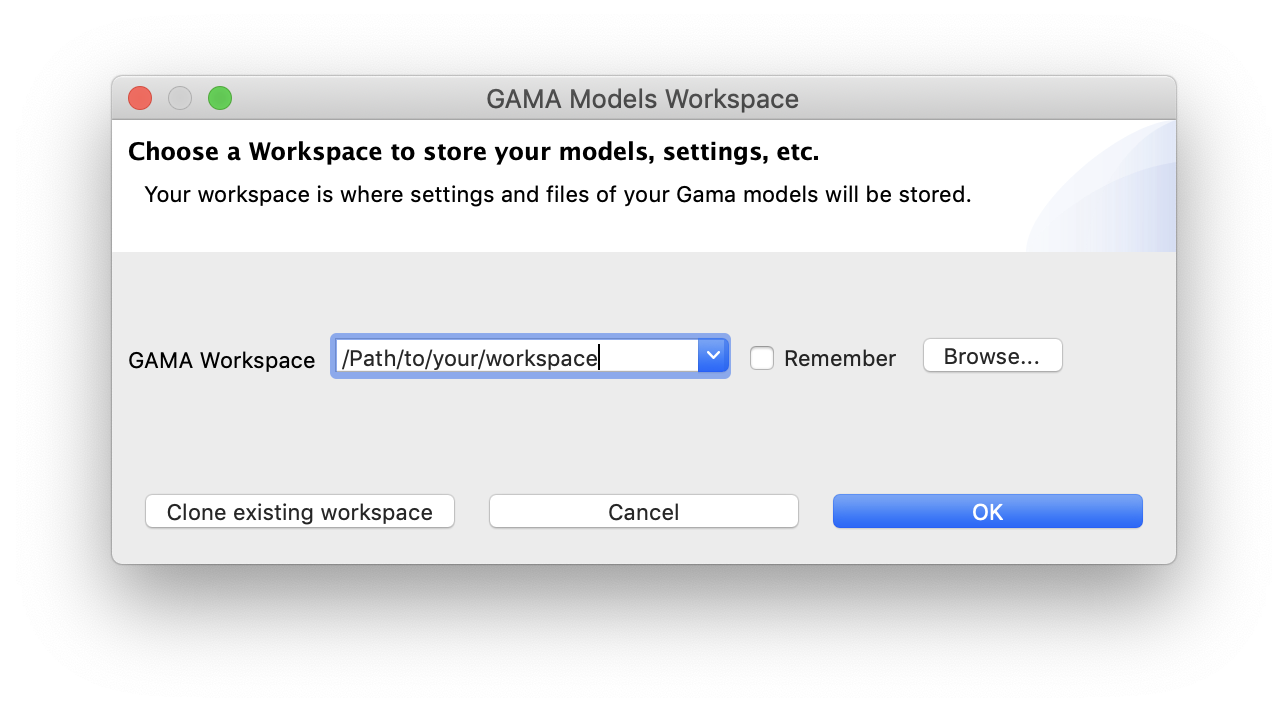 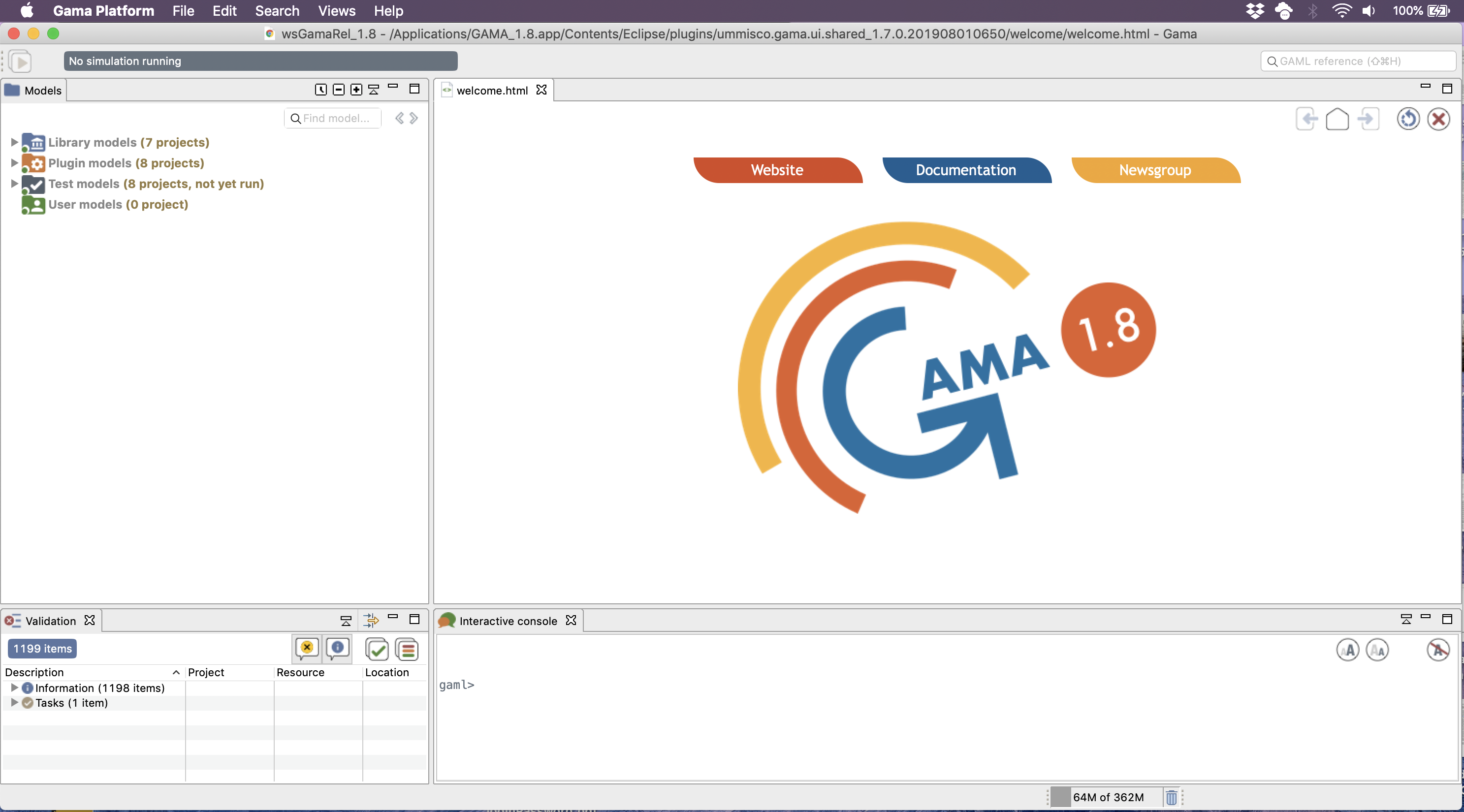 In the absence of previously open models, GAMA will display a Welcome page (actually a web page), from which you can find links to the website, current documentation, tutorials, etc. This page can be kept open (for instance if you want to display the documentation when editing models) but it can also be safely closed (and reopened later from the "Views" menu).