We made efforts to make the last release of GAMA (1.8.2) as easy as possible to install, by providing a version with an embedded Java JDK, limiting the installation to a 3-steps procedure: download, install and launch.

GAMA 1.8.2 (the lastest release) comes in a version for each 3 environments Windows, macOS and Linux packaged in easy to use installers. You simply have to go on the downloads page and pick the one for your system.

You'll find them on the Github Release page

After downloading the chosen GAMA version from the Downloads page for your computer, you only have run the installer, follow steps, and launch GAMA. 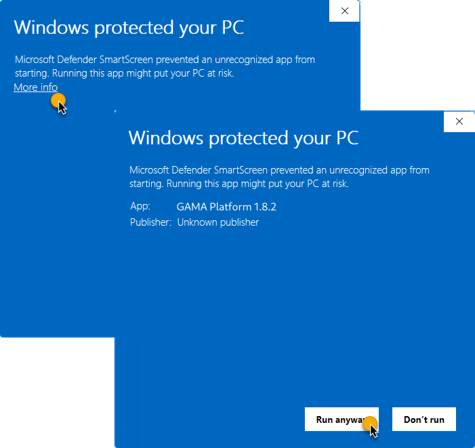 NB: If you need to launch GAMA Headless, GAMA is installed under C:\Program Files\Gama

In macOS we have two ways of installing gama: either the regular and user friendly .dmg installer, or the command line way with the homebrew package manager. 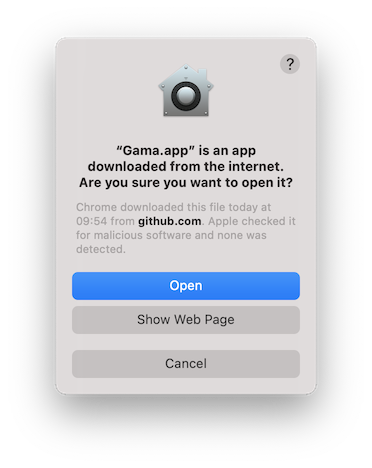 NB: Note that the first launch of GAMA should be made in GUI mode (clicking on the icon) and not in headless mode. NB2: If you need to launch GAMA Headless after, GAMA is installed where you dragged and dropped the Gama.app 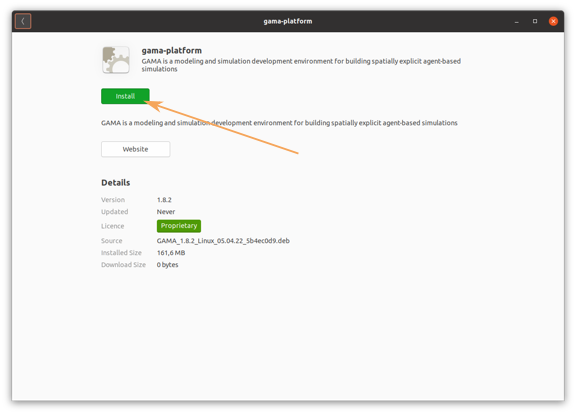 NB: If you need to launch GAMA Headless, GAMA is installed under /opt/gama-platform

A Docker image of GAMA exists to execute GAMA Headless inside a container.

GAMA 1.8.2 requires approximately 540MB of disk space and a minimum of 2GB of RAM (to increase the portion of memory usable by GAMA, please refer to these instructions).