This step illustrates how to load and agentry GIS data. 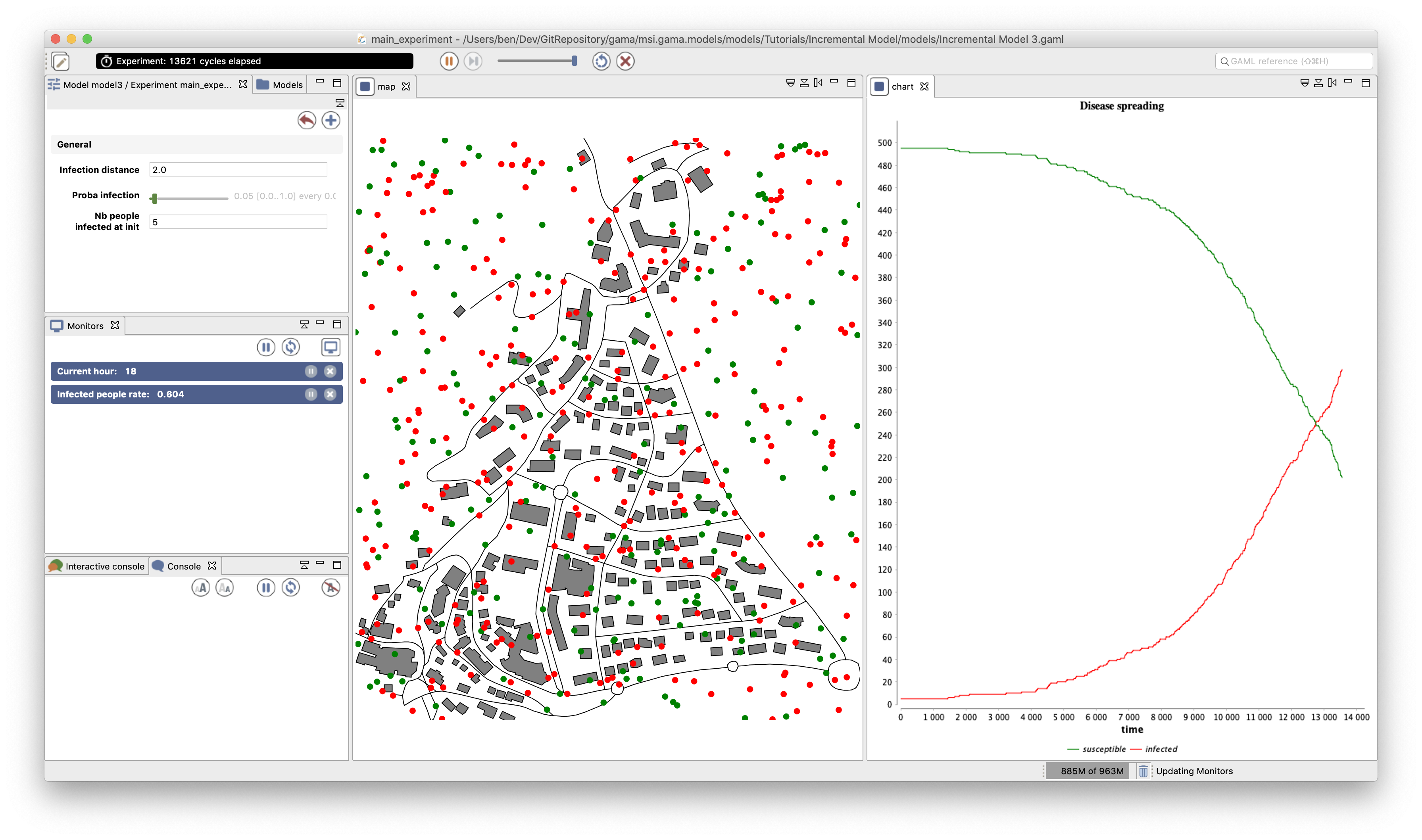 To integrate easily the two data layers, we have to define two species of agents: the building agents and the road ones. These agents will not have a particular behavior, they will just be displayed. We define an aspect for these species. In this model, we want to represent the geometry of the agent, we then use their geometry in the draw statement. In order to draw the geometry of the agent, we use the attribute shape (which is a built-in attribute of all agents).

Definition of the two global variables of type file representing the GIS files:

In GAMA, the agentification of GIS data is very straightforward: it only requires to use the create command with the from facet with the shapefile. Each object of the shapefile will be directly used to instantiate one agent of the specified species.

We modify the init section of the global block in order to create road and building agents from the shapefiles. Then, we define the initial location of people as a point inside one of the buildings.

Note that the name of a species can be used to obtain all the agents of a species (here building returns the list of all the buildings). We can thus use the one_of operator on building to pick a random building agent. The any_location_in operator returns a random point inside a geometry or an agent geometry.

Building a GIS environment in GAMA requires nothing special, just to define the bounds of the environment, i.e. the geometry of the world agent. It is possible to use a shapefile to automatically define it by computing its envelope. In this model, we use the road shapefile to define it.

We add to the map display the road and building agents. Again, as we named the aspects default we can omit to specify them in the species inside the display.

In the experiment block: