This step Illustrates how to define a 3D display. 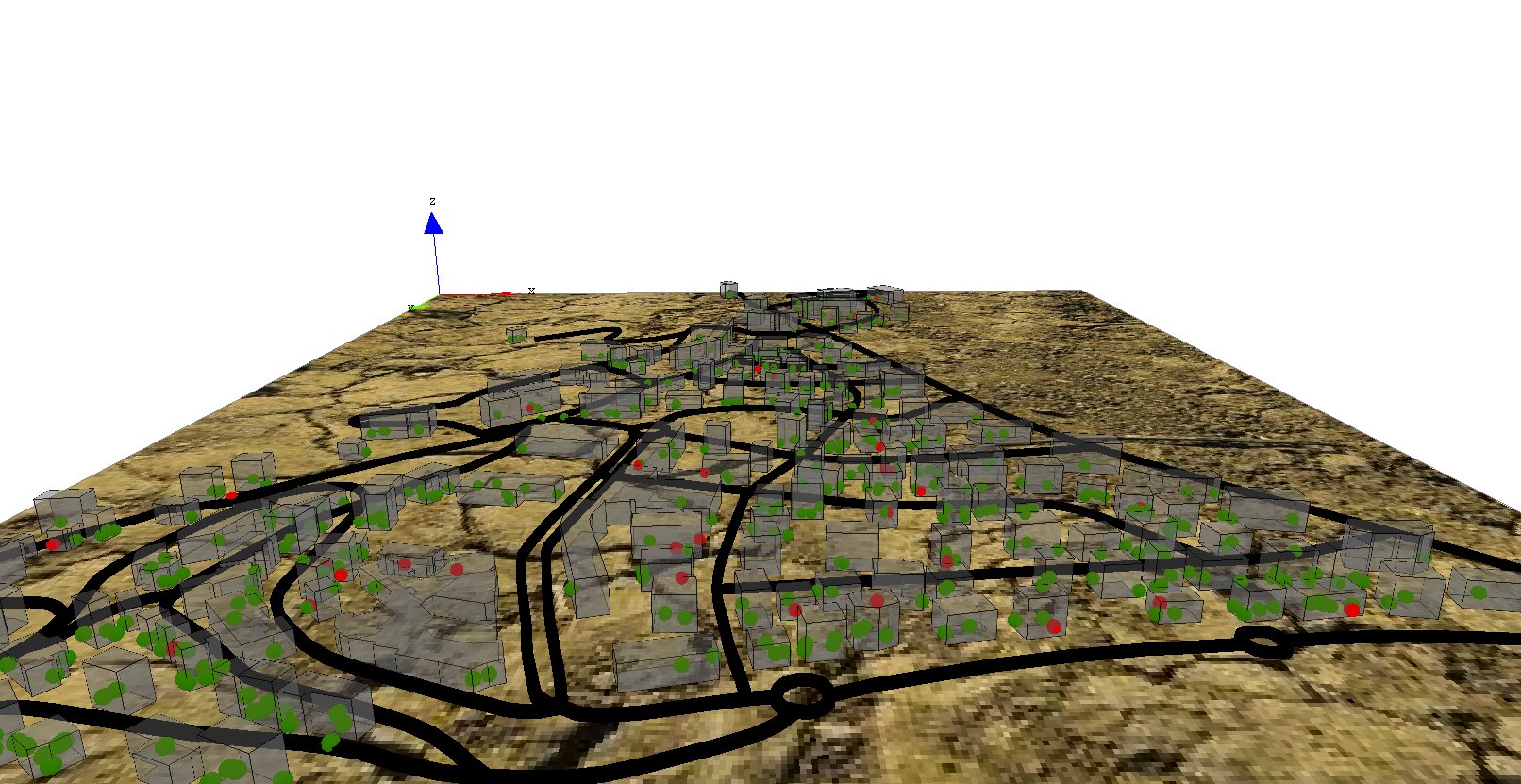 First, we add a new variable for buildings (height) of type float from 10m to 20m. Then we modify the aspect in order to specify a depth for the geometry (using the depth facet).

Concerning the road, we add a new variable (display_shape) of type geometry that corresponds to the shape of the road with a buffer of 2 meters. Then we modify the aspect in order to display this geometry instead of the shape of the agent. In order to avoid "z-fighting" problems, we add depth to the geometry (of 3 meters).

We define a new global variable called is_night of type bool to indicate if it is night or not. This variable will be updated at each simulation step and will be true if the current hour is lower than 7h or higher than 20h. It will be used in the display to change the light of the scene (to set it darker in the night).

We define a new aspect for the people agent called sphere3D. This aspect draws people agent as a 3m sphere. In order to avoid to cut the sphere in half, we translate the centroid of the drawn sphere to 3m along the z-axis.

The element that we have to modify is the display. We change its name to map_3D to better reflect its visual aspect.

In order to get a 3D aspect, we specify that this display will be an OpenGL one. For that, we just have to add the facet type: opengl. In addition, we first add an ambient light with a light statement inside the display with the id #ambient and an intensity set to 20. To get a different light between night and day, we add one more light statement with the #default id and to have a nice effect night/day, we will set the intensity of the light to 50 during the night, and 127 for the day. To learn more about light, please read this page.

Then, we add a new layer that consists of an image (soil.jpg) by using the image statement.