This step illustrates how to load a graph and use it for the displacement of our agents. 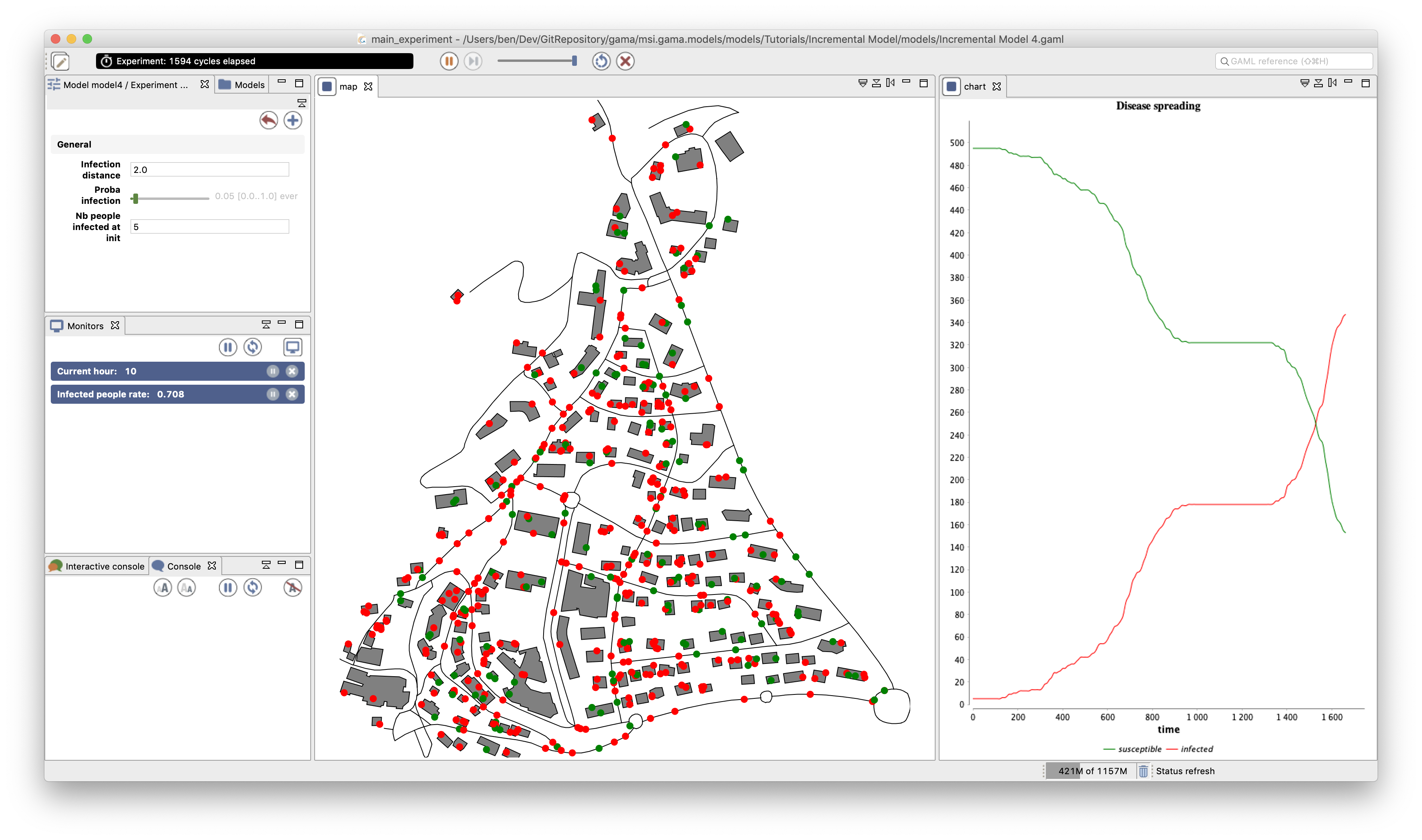 We need to compute from the road agents, a graph for the moving of the people agents. The operator as_edge_graph allows doing that. It automatically builds from a set of agents or geometries a graph where the agents are the edges of the graph, a node represent the extremities of the agent geometry. The weight of each edge corresponds to the length of the road.

First, we add two new variables for the people agents:

We modify the move reflex. Now, this reflex is activated only when the agent has a target (target != nil). In this case, the agent moves toward its target using the built-in goto action. Note that we specified a graph (road_network) to constraint the moving of the agents on the road network with the facet on. The agent uses the shortest path (according to the graph) to go to the target point. When the agent arrives at destination (location = location), the target is set to nil (the agent will stop moving) and the staying_counter is set to 0.