This step illustrates how to use differential equations.

We are interested in the spreading of the disease inside the buildings. In order to model it, we will use differential equations. So, we will need to: 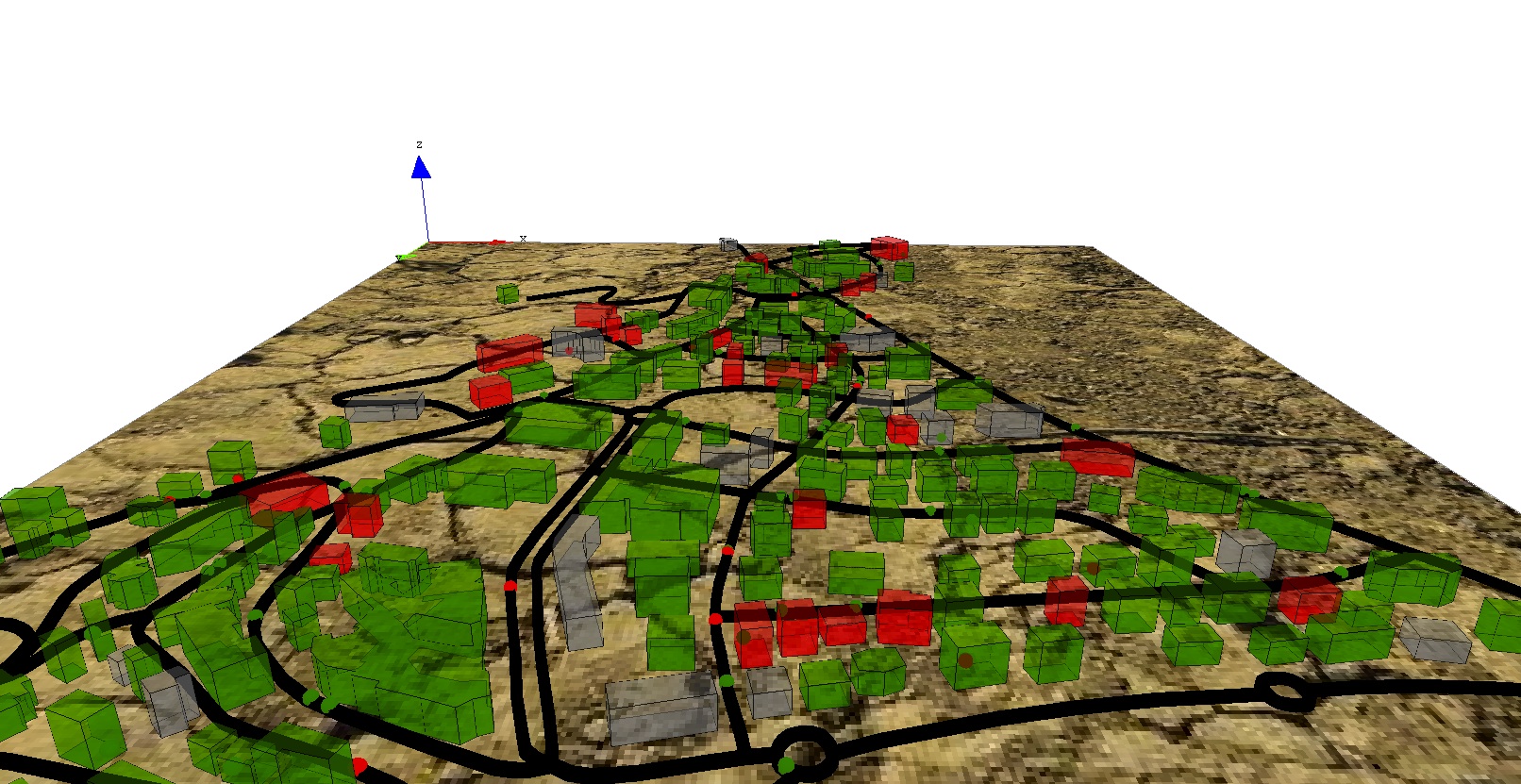 We define two new global variables used in the disease spreading dynamic inside the buildings: (i) beta is the contamination rate, and h is the integration step (used in the solve statement).

In order to define the disease spread dynamics, we define several variables that will be used by the differential equations:

If there is at least one people infected and one people not infected, the differential equations is integrated (according to the integration step value h) with the method Runge-Kutta 4 to compute the new value of infected people. We then sum the old value of I_to1 with the number of people newly infected (this value is a float and not an integer). Finally, we cast this value as an integer, ask the corresponding number of not infected people to become infected, and decrement this integer value to I\_to1.