A GAMA model contains a unique global section that defines the global species. 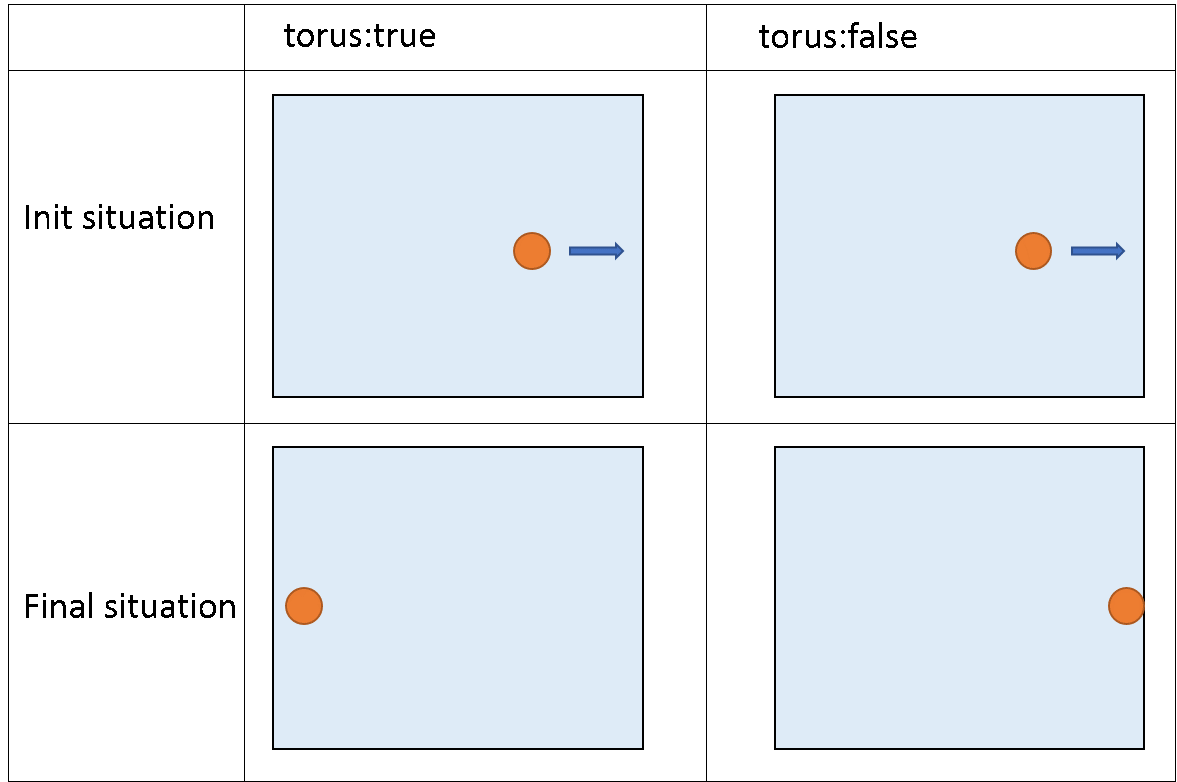 Other facets such as control or schedules are also available, but we will explain them later.

Directly in the global scope, you have to declare all your global attributes (can be seen as "static members" in Java or C++). To declare them, proceed exactly as for declaring basic variables. Those attributes are accessible wherever you want inside the species scope.

In the global context, you have to define a size and a shape for your environment. In fact, an attribute already exists for the global species: it's called shape, and its type is a geometry. By default, shape is equal to a 100m*100m square. You can change the geometry of the shape by affecting another value:

nb: there are just examples. Try to avoid mixing dimensions! If no dimensions are specified, it will be meter by default.

Some attributes exist by default for the global species. The attribute shape is one of them (refers to the shape of the environment). Here is the list of the other built-in attributes:

Like the other attributes of the global species, global built-in attributes can be accessed (and sometimes modified) by the world agent and every other agent in the model.

one would prefer to write (which is much faster):

The global species is provided with two specific actions.

Other built-in actions are defined for the model species, just as in any other regular species.

After declaring all the global attributes and defining your environment size, you can define an initial state (before launching the simulation). Here, you normally initialize your global variables, and you instantiate your species. We will see in the next session how to initialize a regular species.