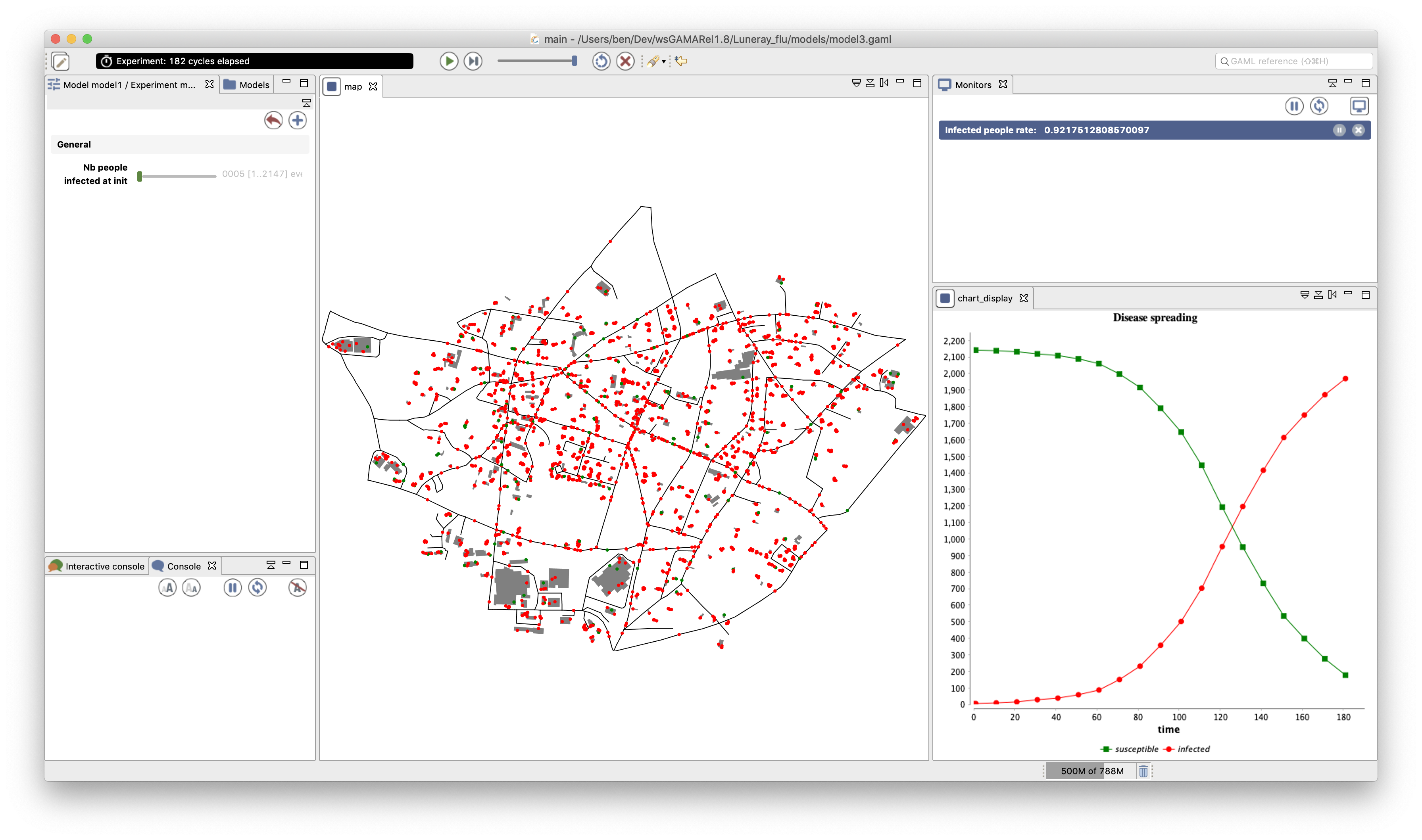 In this model, we want people agents to move from buildings to buildings by using the shortest path in the road network. In order to compute this shortest path, we need to use a graph structure.

We thus define a new global variable called road_network of type graph that will represent the road network.

In order to compute the graph from the road network, we use, just after having created the road agents, the as_edge_graph operator. This operator automatically built a graph from a set of polylines. Each extremity point of the lines will become a node in the graph, and each polyline an edge. By default, the graph is not oriented and the weights of the edges are the perimeters of the polylines. It is of course possible to change through the use of some operators.

We want to modify the behavior of the people agents in order to make them move from buildings to buildings by using the shortest path in the road network.

In order to implement this behavior, we will add two variables to our people species:

Then, we modify the move reflex. This one will be only activated when the agent will have to move (target not null). Instead of using the wander action of the moving skill, we use the goto one that allows to make an agent moves toward a given target. In addition, it is possible to add a facet on to precise on which topology the agent will have to move on. In our case, the topology is the road network. When the agent reaches its destination (location = target), it sets its target to null.

Next step: Definition of 3D displays