GAMA allows modelers to define several kinds of displays in a GUI experiment: 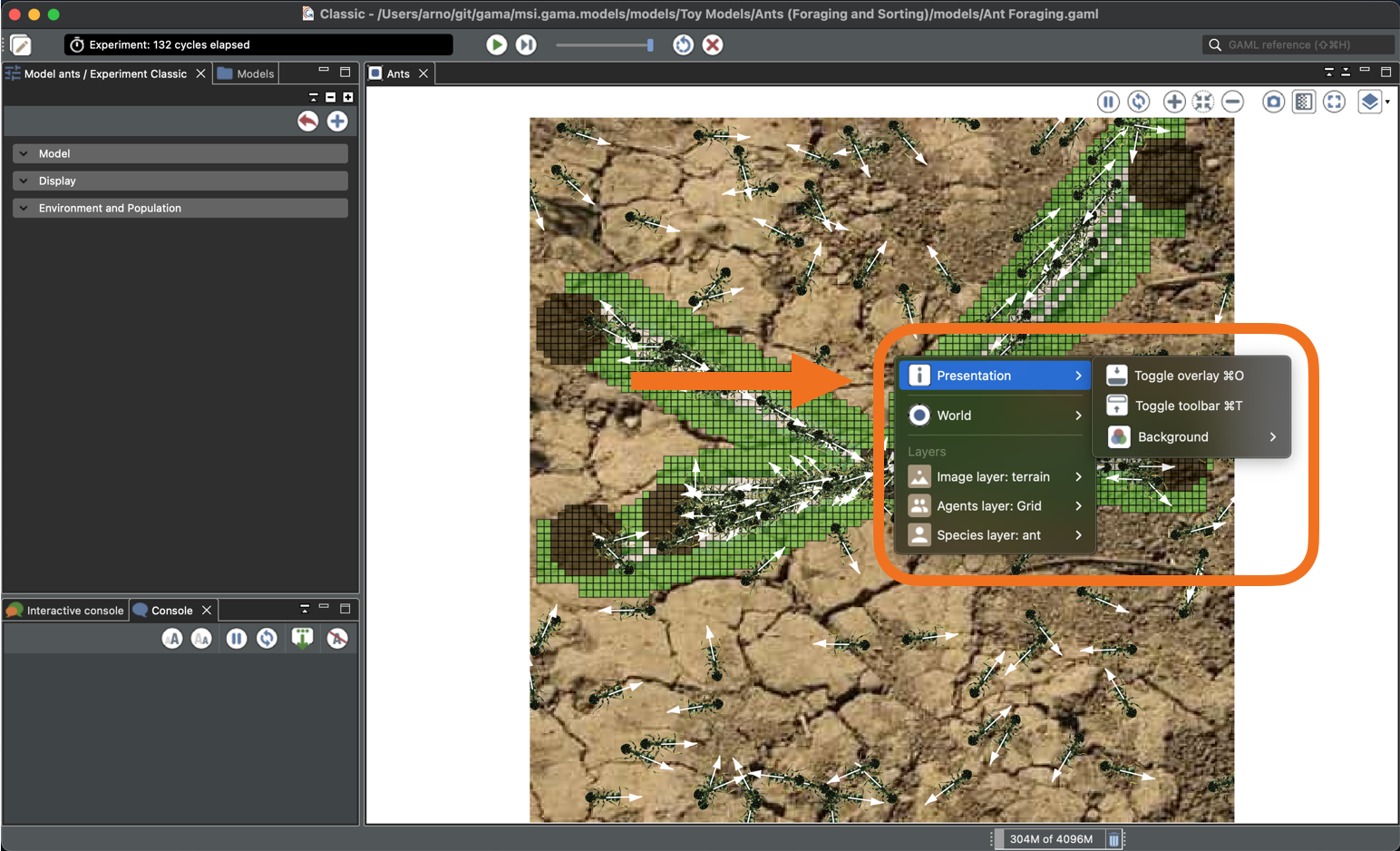 The Toggle side controls button opens a side panel in the display allowing the modeler to configure: 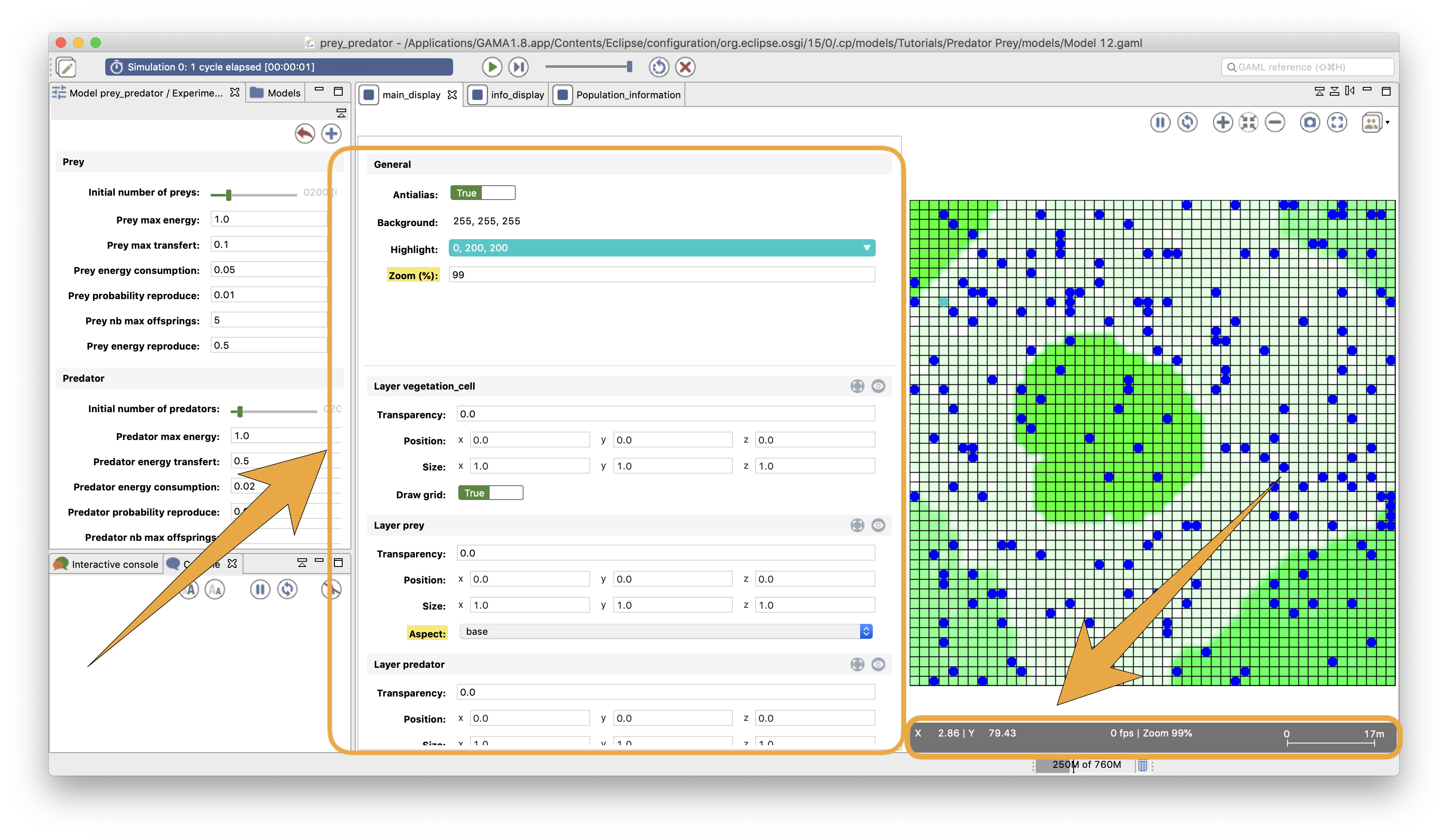 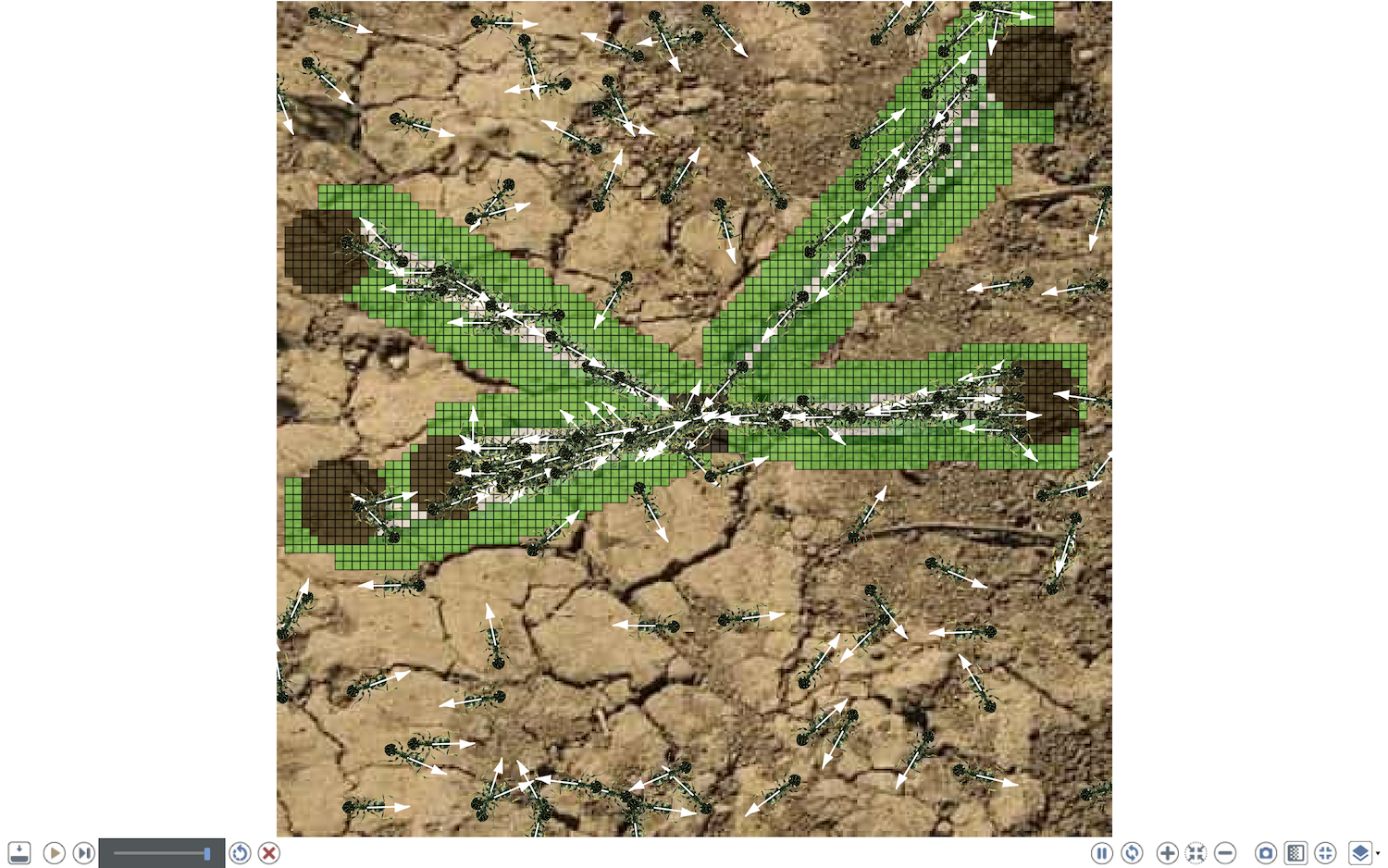 The OpenGL displays displaying any kind of content can be manipulated via the mouse (if no mouse event has been defined): 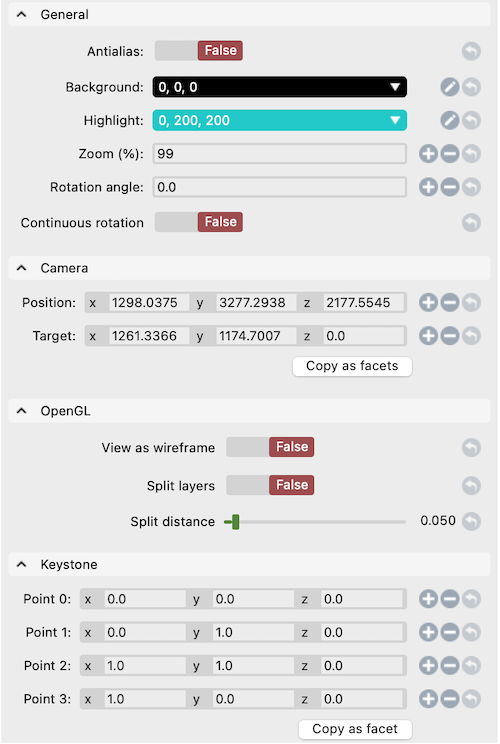 Any OpenGL display has the same menu and buttons as the classical Java2D displays. Nevertheless, the sidebar provides more options to manage camera, keystones and other options related to OpenGL displays management: