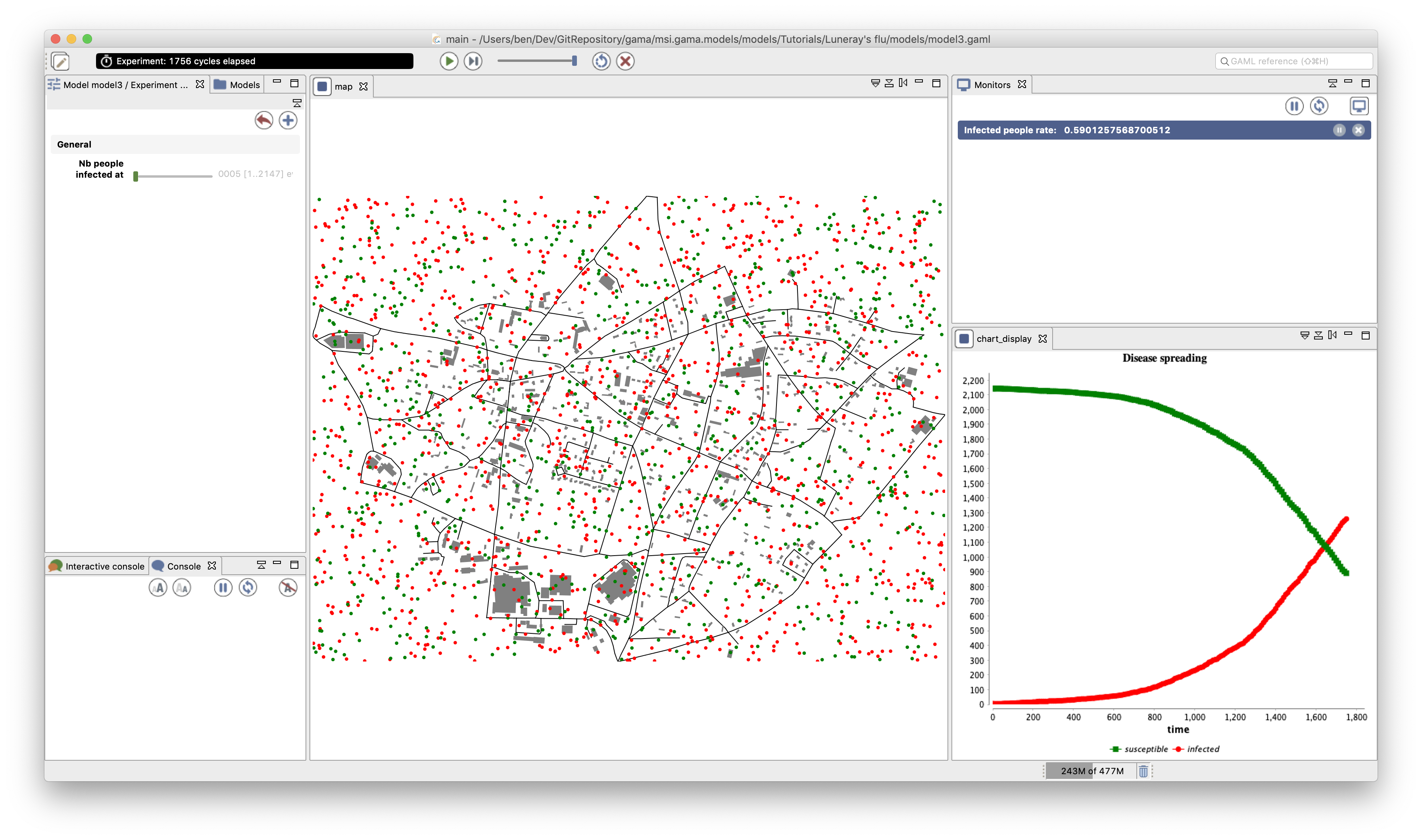 ← 2. Definition of monitors and chart outputs4. Use of a graph to constraint the movements of people →