This second step illustrates how to create monitors and charts to follows the evolution of variables and to add an ending condition to the simulation. 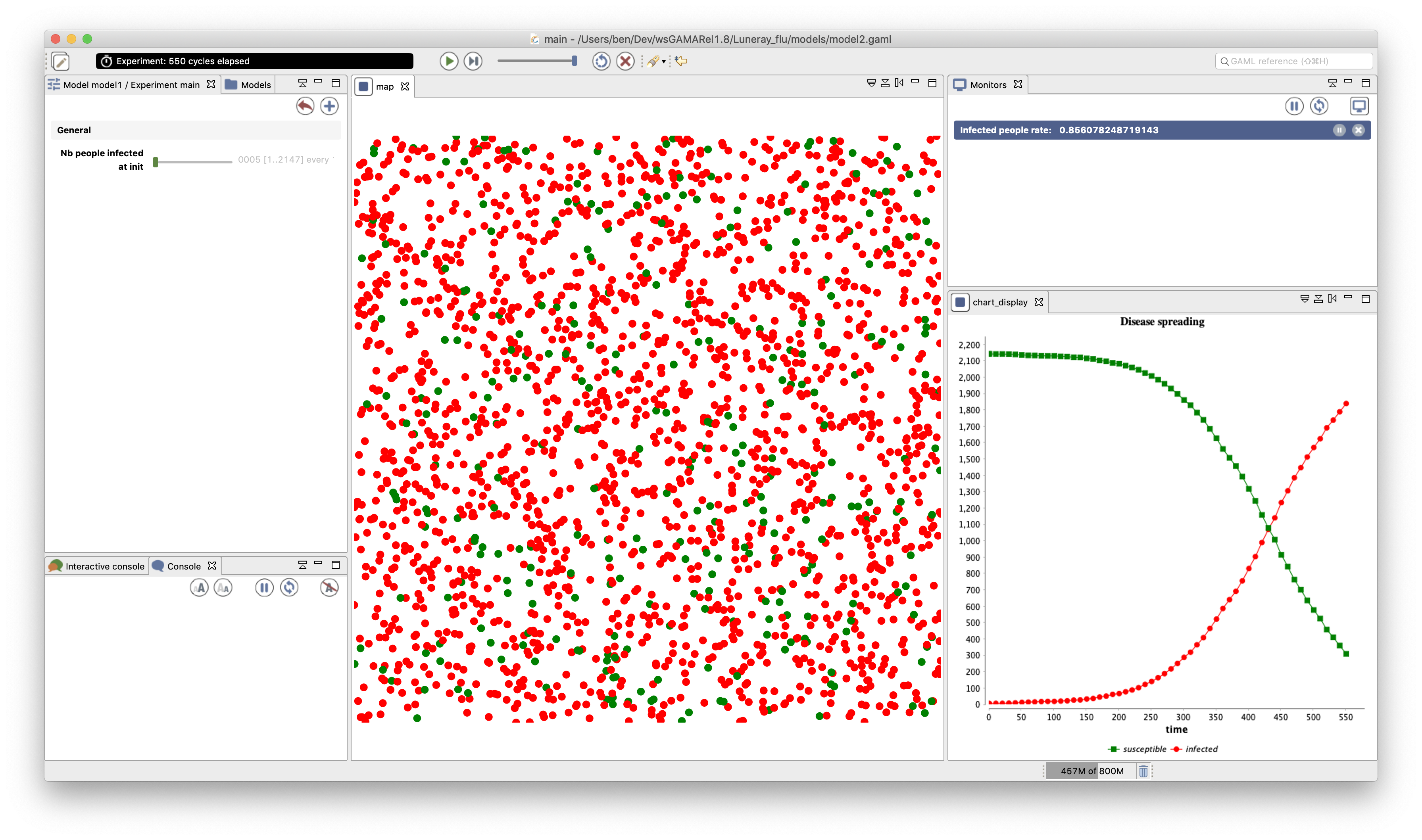 To better follow the evolution of sick people, we add three new global variables to the model:

We used the count operator that allows to count the number of elements of a list for which the left condition is true. The keyword each represents each element of the list.

The simplest way to add an ending condition to a model is to add a global reflex that is activated at the end of the simulation that will pause the simulation (use of the pause global action).

In our model, we add a new reflex called end_simulation that will be activated when the infected rate is 1.0 (i.e. all the people agents are infected) and that will apply the pause action.

GAMA provides modelers with the possibility to define monitors. A monitor allows to follow the value of an arbitrary expression in GAML. It will appear, in the User Interface, in a small window on its own and be recomputed every time step (or according to its refresh facet).

Definition of a monitor:

For our model, we define a monitor to follow the value of the infected_rate variable:

In GAMA, charts are considered as a display layer. GAMA can display 3 main types of charts using the type facet:

In our model, we define a new display called chart_display that will be refreshed every 10 simulation steps. In this display, we add a series chart with 2 layers of data:

Next step: Importation of GIS data